Defamation lawsuit over Polish complicity in the Holocaust reignites controversy

A defamation lawsuit brought in Poland by an elderly woman has quickly gained international prominence. The reason is the subject to which it relates: the role of Poles in the genocide perpetrated against Jews on Polish territory occupied by Nazi Germany.

The U.S. Holocaust Museum reacted with a tweet: “The current lawsuit in Poland against two eminent Holocaust historians is one of several troubling trends in the region and beyond, such as efforts to distort Holocaust history and politicize Holocaust education.” That tweet was retweeted by the Special Envoy for Holocaust Issues at the U.S. Department of State, with her own comment: “We stand with the Holocaust Museum and others in calling for Poland and all countries to protect Holocaust research. Interference in academic discourse has a chilling effect on historical research and freedom of expression. #WeRemember”. Going even further, the Swiss newspaper Neue Zürcher Zeitung even assured its readers that Poland was reverting to “sinister communist practices,” while public radio in France called the situation “state denial.”

It feels like a return to three years ago, when an amendment to the Polish Memory Law generated strong tensions between Poland and Israel, with the latter being supported by the United States, forcing Warsaw to back down.

Today, what is stirring emotions among people who probably did not bother to study the facts before reacting is that two Polish historians have been ordered to send a signed apology to the niece of a former mayor of the village of Malinowo in Podlachia, whom they accused, in their book “Night without End: The Fate of Jews in Selected Counties of Occupied Poland,” of having turned Jews over to the Germans during the war.

While the claim for damages to an amount of 100,000 zloty (approximately €23,000) was dismissed, the Warsaw Regional Court upheld the merits of Filomena Leszczyńska’s defamation claim. The old lady still lives in the village of her late uncle Edward Malinowski, who reportedly denounced to the Germans several dozen Jews hidden in the nearby forest, and robbed a Jewish woman who had asked for his help. At least, that is what was claimed by the authors of the book, which describes Polish complicity in the Holocaust on the basis of examples collected in selected counties of Poland.

Ms. Leszczyńska was assisted in her lawsuit by the Polish League Against Defamation “Reduta Dobrego Imienia,” which, among other causes, leads the fight against the use of the term “Polish death camps” to refer to Nazi Germany’s extermination camps that were situated in wartime occupied Poland (or in territories annexed to the Third Reich in 1939, as in the case of Auschwitz-Birkenau).

The two historians under attack, Jan Grabowski and Barbara Engelking, are figures of international renown for their work on the Holocaust, a fact which contributed, in addition to the subject matter itself, to the disproportionate amount of resonance generated by this simple civil libel suit, in which the public prosecutor was not involved since it was a private complaint.

Justice Minister Zbigniew Ziobro, who is also Attorney General, did make a scathing comment after the court’s decision: “Facts were of no importance to the authors of this book, because they wrote it based on a preconceived thesis. They looked for arguments to support a thesis developed prior to writing their work. There are scientific publications that have demonstrated many other historical manipulations by Barbara Engelking and Jan Grabowski.”

This is indeed a common accusation against these authors, who are linked to the “new Polish school of Holocaust history,” although not all in Poland share that view, as the fault line roughly follows the right/left political divide.

In this specific case, the court found in favor of the complainant because her uncle had indeed been defamed. According to several witnesses, Edward Malinowski actually risked his life to protect Jews during German occupation. 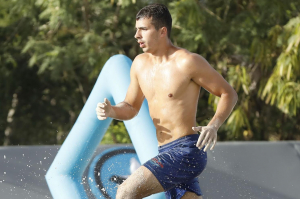 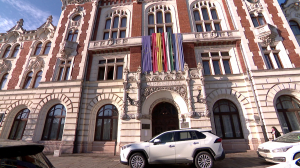 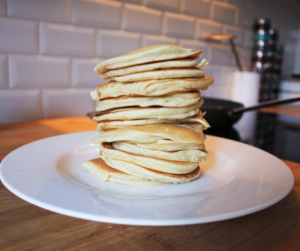