What changes has the post-coronavirus-world demanded from the Hungarian foreign policy? Are any of them truly fundamental changes? Is it not more a question of the epidemic merely amplifying basic foreign policy trends that thereby forces international actors to act more quickly and effectively? The Hungarian foreign policy criteria were most recently updated around nine years ago, following our EU presidency. Now, these same values can be understood with the “post-coronavirus” label; these are summarized in the eight points listed below.

The competition between internationalists and nationalists has found the spotlight over the course of the epidemic: which organizations – national or international – should have more power? Hungary is obviously involved in this strife, aiming to protect and promote our national interests and sovereignty in an effort to make Hungary an even better place than before the virus. Hungarian foreign policy will similarly aim to utilize its tools to improve our country’s condition.

Power dynamics are traditionally defined by three factors: economic strength, military strength, and the relevant strategies to develop and utilize these. However, a fourth factor has been added: health conditions and security. Closely related, is the available work force a country has—but this isn’t limited by manpower; digitalization can help surpass new challenges. The focus our foreign policy will not be just be on the classical external-economic approaches but also improving intellectual and technological diplomacy.

Digital development will be a new priority in an effort to bring the country to the technological forefront, while not jeopardizing our sovereignty.

We must be aware of all the opportunities and simultaneous dangers in our relationships. The US is Hungary’s biggest military, but it is also Europe’s biggest economic competitor which is Hungary’s most significant market. While China also supports us economically and aided Hungary during the virus, it simultaneously poses a security risk to the US. Russia is an essential energy and space-technology partner, but it is similarly threatening to our allies. The “no rose without a thorn” pragmatic foreign policy helped pull our country out of a dire situation after the Gyurcsány-era, and we can do it again—especially as one of the EU’s strongest economically developing countries.

We cannot be remiss that no matter what happens in the west, it will affect our country. It is vital to work together and if we must, confront the west to defend Hungary’s interests. A perfect example was how Poland and Hungary disputed the EU relief package – not because we needed it, but in a show of solidarity – to remove any rule of law criteria so that this would not become a tool for political manipulation. As Viktor Orbán stated, we won a battle, but not the war; demographic issues, migration, and Europe’s falling behind remain conflicts. The sustainability of the west and our cooperation is based on the freedom, security, and prosperity of our citizens.

5. A Europe that serves us

Despite Hungary’s frustrations, the European Union – along with the European Council – are some of the most important structures of western civilization and we view them as such. Hungary’s European politics does not seek “less Europe” but rather the guarantee of freedom, prosperity and security for all citizens; the institutions which were established to serve citizens are becoming all too oppressive. Hungary aims for stronger cooperation in regard to digitalization and a European military. The approaching Hungarian presidency of the European Council in 2021 will serve as a chance to strengthen member states.

Over the course of the epidemic it became evident that Central, Eastern and Southeastern Europe’s prosperity is a top security priority; the Polish presidential elections were an encouraging sign. Some of our most important tools to create stability in the region include Visegrad Group cooperation, the Three Seas Initiative, EU enlargement, as well as our own effective regional politics.

A significant foreign policy accomplishment was our contributions of health supplies to our Balkan and Eastern partners. Because it is necessary to sustain this in the long-term, we fully support EU Enlargement as well as the Eastern Neighborhood Policy; it’s not enough for these nations to remain mere economic partners, they must strive to and eventually become members. It will be an enormous opportunity for Hungary – along with the EU and the relevant candidates – to head this section with the leadership of Olivér Várhelyi as EU Commissioner.

An important task of our foreign policy is to dispel misconceptions of our own neighborhood and national policies. Not only is effective neighborhood policy necessary for the success of the region, but the prosperity of these neighboring countries is in our interest given the large Hungarian minorities living there. Our regional politics are essentially successful: we have positive relations with Austria, Croatia, Slovenia, and in the past years, with Serbia as well. The recent Trianon gesture of the Slovakian Prime Minister greatly improved relations with our northern neighbor as well. The current level of cooperation in the region must be further developed in order to rebuild the area’s economy with special consideration in cultivating Romanian and Ukrainian relations in the same way as with our other bordering neighbors. 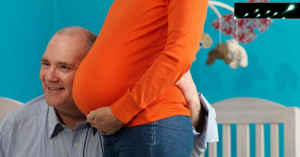 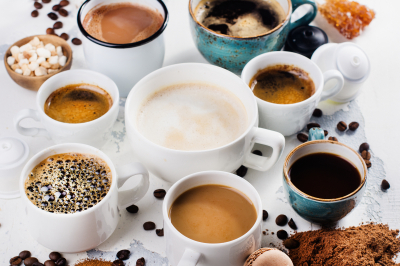 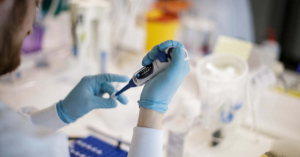